Compiling a Handbook on Water Security 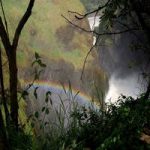 A “Handbook on Water Security” will be published by Edward Elgar Publishing by the end of 2013. Lead-Editor Claudia Pahl-Wostl invited distinguished scholars for contributions to that handbook, which will cover the wide range of perspectives required to understand water security as a concept guiding water governance and management at different levels and in different regions.

Water security means “…the availability of an acceptable quantity and quality of water for health, livelihoods, ecosystems and production, coupled with an acceptable level of water-related risks to people, environments and economies”. Grey and Sadoff (2007)

Mapping dual threats to water security for biodiversity and humans 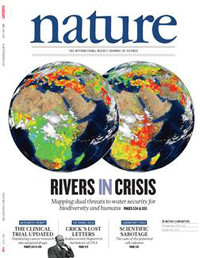 Rivers maintain unique biotic resources and provide critical water supplies to people. The Earth’s limited supplies of fresh water and irreplaceable biodiversity are vulnerable to human mismanagement of watersheds and waterways. Multiple environmental stressors, such as agricultural runoff, pollution and invasive species, threaten rivers that serve 80 percent of the world’s population. These same stressors endanger the biodiversity of 65 percent of the world’s river habitats putting thousands of aquatic wildlife species at risk. Efforts to abate fresh water degradation through highly engineered solutions are effective at reducing the impact of threats but at a cost that can be an economic burden and often out of reach for developing nations.

The study conducted by Vörösmarty et al. (2010) (PDF 3MB) found that vast areas across both the developed and developing world arrive at similarly acute levels of imposed threat to their freshwater resources. Sources of degradation in many of the developing world’s most threatened rivers bear striking similarities to those of rivers in similar condition in wealthy countries. However, the highly engineered solutions practised traditionally by industrialised nations, which emphasise treatment of the symptoms rather than protection of resources, often prove too costly for poorer nations.

For more on Water Security: