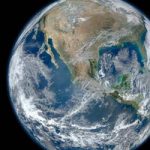 s essentially its founding principle, the GWSP considers water as the preeminent building block of the Earth system and of critical necessity to human prosperity. At the same time, humans are rapidly embedding themselves into the basic character of the water cycle without full knowledge of the consequences. Major sources of water system change include mismanagement and overuse, river flow distortion, pollution, watershed disturbance, invasive species, and greenhouse warming. Defining the collective significance of such change remains in our view a grand challenge for the Earth and social sciences alike.

A first attempt to address this challenge was reported in the GWSP-Diversitas working team, which integrated a broad set of environmental stress factors into global maps of water security threats to both human society (HWS) and biodiversity (BD). The study (Vörösmarty et al. 2010; Nature vol. 467) uncovered a pandemic syndrome of risk to rivers–the chief renewable water supply supporting humans and aquatic biodiversity–and a costly ($0.5Tr/yr) engineering-based management strategy aimed at fixing rather than preventing problems before they arise. These first results constituted a static picture (ca. year 2000) and presented but aggregate measures of threat to HWS and BD.

A next logical step is to move these mapping exercises into the future. This objective requires several refinements and extensions to the original work, which is now consolidated as a GWSP project uniting a U.S. National Science Foundation-funded research study under the direction of co-Chair C. Vörösmarty and as a component of a larger IIASA-UNESCO World Water Scenarios Initiative. The focus here is on human water security, with the shared goal:

To improve current understanding of the geography of water-related ecosystem services, accounting for both biophysical and economic controls on services, and assessing how new management strategies can enhance the resiliency of the global water system over a 100-year time horizon.

Addressing this hypothesis forces a substantial advancement in current capabilities, namely to

The currently-funded NSF study involves researchers from three U.S. institutions (City University of New York (Charles Vörösmarty), Rensselaer Polytechnic Institute (Faye Duchin), and the University of Wisconsin, Madison (Peter McIntyre). They represent a small, ready set of partners with extensive experience in modeling, data integration, assessment and synthesis in the water sciences, resource assessment, biology, and environmental economics fields. Through a workshop-supported research plan, these researchers are joined by several new partners, whose participation is supported by the Global Water System Project and International Institute for Applied Systems Analysis (IIASA). The addition of support for expert participation as well as IIASA post-doctoral scholars will round-out the overall research team and enrich its capabilities to address the significant technical challenges of the overall research plan.

A series of future scenario projections of the stressors producing human water security threats and prompting engineering, economic response and/or governance interventions will be formulated. Analysis will include sensitivity tests to identify which variables, parameters, and regions are most sensitive to the state of freshwater resources, which produce the greatest feedbacks and exhibit the most sensitive thresholds. Scenarios will include existing scenarios (e.g. Millennium Assessment, AR5 RCPs and SSPs), as well as those generated by the Joint Working Team.

A kick-off meeting took place in January of 2013 at IIASA in Laxenburg Austria, during which time the current IPPC AR5 scenario framework was adopted, onto which a set of preliminary experiments was designed. These experiments will produce a first set of global water services maps for human water security into the 21st century, which would then be delimited by threats to the supporting water systems. The threat matrix is based initially on the original GWSP-Diversitas approach, refined by RCP and SSP-derived limits from the current generation of AR5 scenarios. Meetings are planned with a 6-8 month frequency, with the second meeting planned in conjunction with the Global Water System Project Science Conference in Bonn in May 2013.